Take me out to the ball park 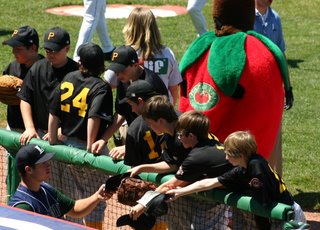 Today marked the last time that Adam will participate in the "Field of Dreams" ceremony as a Pirate. Most of the Pirates were thrilled to get their caps signed by as many members of the Lexington Legends as possible ( including Roger Clemens' son ). Adam is a little different, he had the bottom of his shoe signed by the Fazoli's Tomato. 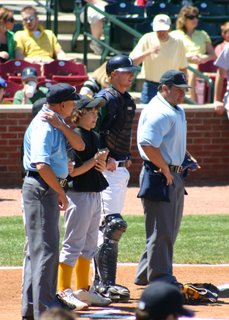 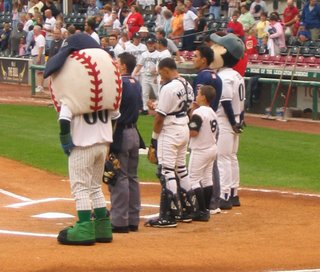 After talking with Jeff's dad before the game about pictures making time stand still, I decided to go back a few years of Pirate baseball. There were a lot of pictures that really will help us have some compassion on the a few of the 9 year old teams that we are playing this year. 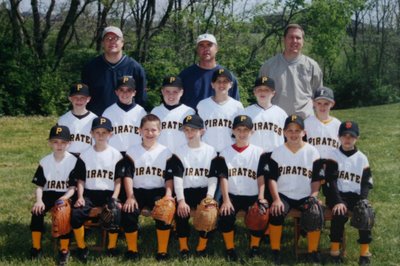 In this 2003 picture of the pirates, you can see Daniel Preston in the back row. Daniel plays for the Braves this year and led off the 10 inning grueling game that tested the 2006 Pirates team. Daniel pitched very well and went through the top of our batting order quickly, not allowing a single hit. Chandler Morgan relieved Daniel in the third inning and pitched very well for the next six innings. Chandler started fall ball with the Pirates in 2002, so it was good to see him playing well. 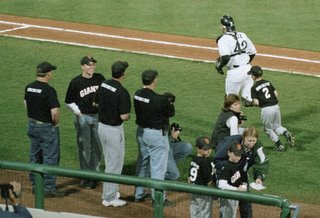 Now, we're really going to go back a ways here to the 2002 Giants where Dan Hyatt (on the far left) was the assistant coach and you can see him watching Adam ( #2 ) run out with the Legend's catcher for Adam's first "Field of Dreams". I've always been a football player and fan, but I sure have enjoyed watching Adam grow up in the SouthEastern Lexington Baseball program.
Posted by Kevin Eby at 6:12 PM 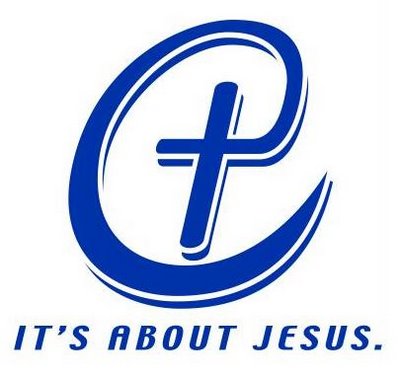 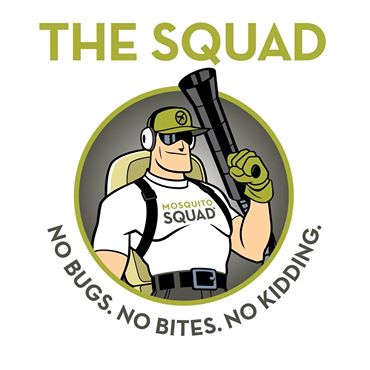